Back to Serviced Apartments Ealing

Affectionately known as the “Queen of Suburbs”, Ealing owes its early expansion to that of the railway, following the opening of the station at Ealing Broadway in 1838. Ealing became part of Greater London in 1965. This west London suburb is the administrative centre for the larger London Borough of Ealing. Further growth is anticipated with the launch of the Cross Rail service for Ealing in 2019.

The town centre of Ealing serves as the hub for the district, with significant shopping and entertainment facilities in all other sub-areas.

The House @ Northcroft is located 5 minutes walk from Northfields Tube station. Ealing Broadway is a walk of approximately 20 minutes through the beautiful greenery of Lammas Park and Walpole Park.

Northfield Avenue is the main shopping thoroughfare in the area, with a local Tescos and Sainsburys as well as a multitude of independent stores: Richardsons Butchers, Poisson fresh fish shop, The Cheddar Deli specialist cheese shop, Parkers traditional Bakers, convenience stores, computer shops, newsagents, hairdressers and barbers, ironmongers, cafes, fish and chip shop and a different restaurant for every day of the week! And with The Plough at one end of the avenue, The Foresters at the other and Jacksons Wine Bar in the middle, it won’t be long before you feel completely at home in the area.

Back to Serviced Apartments Ealing 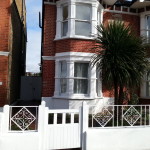 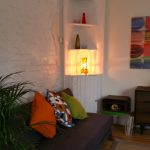 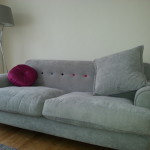 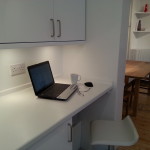